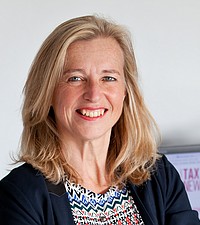 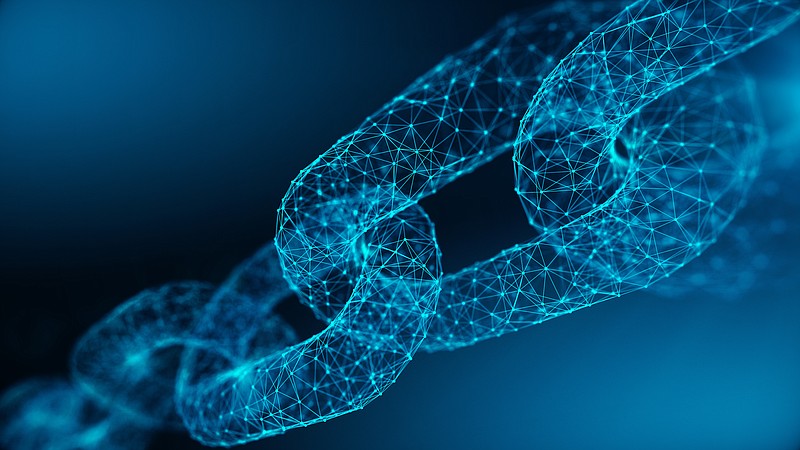 The International Tax Stamp Association (ITSA) has responded to criticism of paper-based tax stamps in a new report on the use of blockchain technology for collecting excise duties.

The study by Deloitte highlights the potential benefits of using blockchain, together with ‘digital tax stamps’ (or, in other words, tax marks generated and applied directly to the product by digital technology) to make it easier for revenue authorities to recoup excise duties on tobacco and alcohol products.

The study also raises security, cost and administration issues regarding the use of physical, paper-based tax stamps – particularly in relation to the procurement, transportation and pasting of physical stamps onto packaging – and claims that blockchain could increase supply chain efficiencies and traceability of products, as well as cut costs and reduce the risk of fraud.

ITSA expressed its concern that the study contained many ‘disingenuous statements’ about the current use of tax stamps while ignoring established industry best practices and glossing over deficiencies in blockchain technology.

As a reminder, blockchain technology is defined (by Blockgeeks.com) as ‘a time-stamped series of immutable records of data that are managed by a cluster of computers not owned by any single entity. Each of these blocks of data (ie. block) is secured and bound to each other using cryptographic principles (ie. chain). The blockchain network has no central authority – it is the very definition of a democratised system. Since it is a shared and immutable ledger, the information in it is open for anyone and everyone to see. Hence, anything that is built on the blockchain is by its very nature transparent and everyone involved is accountable for their actions.’ 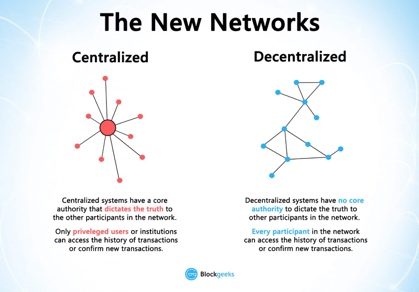 Given these apparent benefits of blockchain technology, the Deloitte report states that, with regard to using blockchain in an excise tax and supply chain control environment, ‘the first and most obvious solution provided by blockchain is a redesign of the supply chain. Its very nature as a decentralised ledger that can store a complete history of transactions on a shared database means that one can trace a product’s movements across the world.

‘This is where blockchain plays a major part as gatekeeper of transferred information. Companies experiencing issues of trust in their supply chain need to consider blockchain technology. The secure nature of blockchain is what makes it reliable and trustworthy. The data on the blockchain is legitimate, given its validation by multiple participants within the network.’ The report goes on to propose a blockchain solution that will allow the phasing out of physical excise stamps and their replacement by ‘Internet of Things’ devices including unique identifying barcodes, such as QR codes, secured with anti-copy protection features. ‘This will digitalise the asset and create a digital twin,’ claims the report.

Juan Carlos Yañez, ITSA Chairman, countered the arguments put forward in the report for using blockchain in excise tax and supply chain control systems by stating: ‘while we recognise the potential benefits of blockchain, the report overlooks many limitations of this technology, including its inability to authenticate a physical product.

‘Blockchain cannot help us to ensure that the digital record, however immutable and verifiable it may be, is linked to the right object, which is why a combination of physical security and digital traceability is needed. This is something that can be provided by a combined tax stamp and secure track and trace system. Indeed, many effective track and trace programmes currently in operation include tax stamps – programmes that have already recouped excise duties worth millions of pounds for revenue authorities across the world.  ‘Some of the deficiencies of tax stamp programmes that the Deloitte report presents as reasons to consider a blockchain-enabled programme can simply be addressed by following tried and tested best practices. Although blockchain could in some cases support automation of the excise duty payment process, as stated in the report, the same automation and benefits can be gained by requiring stamp activation and triggering full tax payment by this automated event.

‘Similarly, the report’s critique that tax stamp-based programmes require the time-consuming scanning of each product is another misrepresentation which conveniently ignores the use of aggregation codes. Nor does it explain how the scanning of Internet of Things devices would be significantly easier and less expensive.’  Mr Yañez continued: ‘controls – by an inspector using specialist equipment, for example – are important. Despite the potential usefulness of blockchain, we still need controls to accurately match an object to its digital record and verify physical security features that can distinguish genuine unique identifiers from clones.

‘The immutability of records held in a blockchain has the potential to make auditing of the database entries much easier, but we still need assurance about the quality and efficacy of the original information provided. A blockchain alone will not adequately detect acts of non-compliance.

‘Furthermore, the costs associated with the complementary measures to address the shortcomings of blockchain and the operational impact on the manufacturer’s supply chain need to be considered to determine if, in fact, a blockchain solution offers a lower total cost of ownership compared to a tax stamp programme built on industry best practices.

‘New technologies bring new possibilities but they should be considered suitable replacements of tax stamp best practices only if they can prove that they are more effective, less expensive or preferably both,’ advised Mr Yañez. 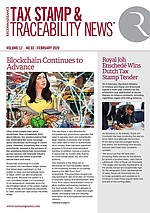